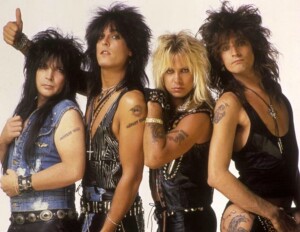 Steven attended the Community College of Rhode Island where he graduated with his associate's degree in Computer Programming.

In 1993, Steven enlisted in the United State Marine Corps where he proudly served his country for four years until he was honorably discharged in 1997. Steven was employed by ECS Tuning in Wadsworth.

Steven was a devoted husband, father, son, brother and Uncle who will be dearly missed by all who knew him. He loved spending time with his daughter, especially taking her on trips where everlasting memories were made. Steven lived for his next adventure and enjoyed sharing these memorable times with his family. He had the biggest heart there ever was, he was always thinking of ways to bring joy and happiness or some kind of surprise to those he loved. He had a major love of the 80's Hair Band Metal and muscle cars.

He is preceded in death by his grandparents, Armand and Alice Meyette.

At this time no services have been scheduled, a Celebration of Life will be planned at a later date.

In lieu of flowers, we ask our friends and family to consider leaving a legacy of love and the gift of life, by considering organ donation.

The Czup Funeral Home is honored to be handling the arrangements for the Meyette Family.

To send flowers to the family or plant a tree in memory of Steven R. Meyette, please visit our floral store.

You can still show your support by sending flowers directly to the family, or by planting a memorial tree in the memory of Steven R. Meyette
Share a memory
© 2022 Czup Funeral Home. All Rights Reserved. Funeral Home website by CFS & TA | Terms of Use | Privacy Policy | Accessibility