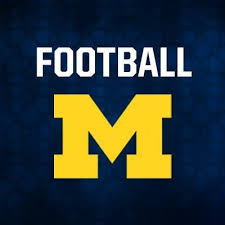 Robby Vincenzo
ASHTABULA - Anthony R. "Robby" Vincenzo III, 41, passed away on April 22, 2020.
He was born in Ashtabula on May 11, 1978 the son of Tony "Butch" and Cathy (Tilley) Vincenzo.
Robby enjoyed camping and riding four-wheelers and he loved the Michigan Wolverines Football team; Robby loved his son more than anything in this world and was a loving son, brother, uncle and nephew as well.  He will be missed dearly.
He is survived by his father Tony; his son Anthony R. Sweeney; his sister Christy Vincenzo; his nephew Marco Amicone; his aunts and uncles: Debbie (Scott) Torok, Brad Vincenzo, Donna Vincenzo, Debbie (Andy) Katzmann, Lisa (Tim) Hughart, Lorrie (Dannie) Sawyers, and Buddy Tilley Jr. as well as many cousins.
He was preceded in death by his mother Cathy on July 26, 2012; his grandparents Anthony and Gloria Vincenzo and Bud and Bonnie Tilley; his aunts Gena Vincenzo, Bobbi (Pete) Russell and Carla Fitzgerald and his uncle Donny Vincenzo.
Robby will be laid to rest in St. Joseph Cemetery with his mother at a future date when a Celebration of Life service will also be held.

To send flowers to the family or plant a tree in memory of Robby Vincenzo, please visit our floral store.