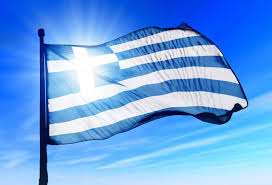 He was born in Tripotamos, Greece on August 1, 1937 the son of Stavros and Artemisia (Moustantzi) Mermis.

George came to the United States as a teenager in 1953 and took a job doing dishes at Garfield’s Restaurant.  He would go on to eventually become one of the owners of the historic Ashtabula restaurant until they retired in 1999.

George was a huge Cleveland sports fan, especially the Indians and Browns; he enjoyed gardening and cooking and volunteering at the church. The most important thing in George’s life was his family, he was a very proud and loving husband, father and “Pappou”.

He was preceded in death by his parents and his wife Eleni.

Calling hours will be held on Thursday evening from 5:00-8:00 at Czup Funeral Home, 1329 Lake Avenue Ashtabula; a prayer service will be held at the conclusion of the calling hours.

Funeral services will be held on Friday at 11:00 a.m. at the funeral home with The Very Reverend Theofanis Nacopoulas of the Assumption Greek Orthodox Church, Erie, Pennsylvania presiding.  Burial will follow in Edgewood Cemetery.

To send flowers to the family or plant a tree in memory of George S. Mermis, please visit our floral store.