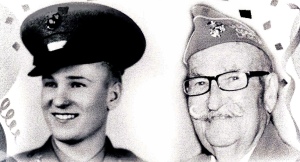 He joined the Marine Corp in October 1946 and served until October , 1949.  Returning from Camp Lejeune, he enrolled in New Castle High School to finish his senior year graduating in May with the Ne-ca-hi Class of 1950.  Enrolling at Pennsylvania State College in 1950,  he was recalled back in to service for the Korean Conflict from November 30, 1950 to February 6, 1952.

A vocational agriculture and science teacher, he worked at Deming/New Lyme Schools, Pymatuning Valley Schools, and Edgewood Senior High School after retiring from the military.  Belonging to the Life memberships of the OEA and NEA, he was active in many areas, especially in the local chapter.  As a Life Member of Phi Delta Kappa, he was one of the founding member of the local Northeastern Ohio chapter. He was a member of the Ashtabula County Retired Teachers.

He was very active with his children in Arrow Cadets, Indian Guides, and FFA.  As an instructor, his chapters in Future Farmers of American won many awards and competitions earning him the Honorary American FFA Degree.  He belonged to the Ashtabula Power Squadron, where he earned and taught courses achieving his Navigator and became Commander for several years.  Being a Life member of the NRA, he taught hunter safety.

Being an active person in the Kelloggsville United Methodist Church, he and his wife, Maxine, led Bible studies in their home.  Putting their faith into action, the two of them were Faith In Action Long Distance Drivers for over 20 years.  A highlight was when they were given an award for their service from the State of Ohio.   Still putting his faith into action, he mowed grass, plowed snow and put on many roofs with L. E. A. F. for his community.  He gave over 10 gallons of blood during his lifetime.  Continuing to show faith, he arranged to give his eyes and skin to the Eye and Tissue Bank helping with research and people with severe burns.

Over Mac and Max's lifetimes, they traveled to all 50 states and most of Canada, wearing out 4 motor homes.  Recently, they were active in Pennsylvania Harlansburg School Huggers and Muggers, a monthly breakfast meeting of the Alumni of the Harlansburg School (1st grade to 12th grade).  He was active in the Marine Corps League-Henry  J. Kalinowski Detachment and given the honor of Marine of the Year in 2015.

Celebration of Life will be on December 28, 2019 at Kellogsville United Methodist Church, 4763 N Monroe Ctr, Kingsville, OH 44048.  Visitation will be from 10 to 11 a.m. with the Celebration of Life at 11 a.m.  You are invited to stay for a time of fellowship and dinner following the service around noon.