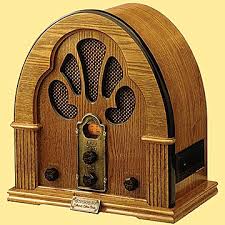 After High School Cory tried out several different career choices before he settled on learning how to run CNC machines with our dad and helped him begin a family-owned business, Framax Machine in the early 80s. At the same time, he also helped my mother start a family business, Suburban Animal Center.

Cory is one of four siblings and is survived by two older brothers Frankie (Sandra) Ochterski, Terrence (Tracy) Ochterski, and one younger sister, Marci (Bill) Smith.

Cory was Uncle to Jeanine Desantis, Krystin Fletcher and Billy Smith and a great uncle to Keegan Fletcher.

Cory had a sister in-law Shaunna (Mike). Brother in-law Rick (Sheila) and their kids Michael, Ricky, Kristine, Zac, and also, he had great nephews and nieces

Cory met Michelle in 1995 and their son Cory was born in 2003. Cory and Michelle have been together for 25 years.

Cory shared a love for race car driving with his wife and son and they would travel to races as often as they could.  Cory also loved to "chase" extreme weather storms which started when little Cory began a deep interest in meteorology.

Cory was never without a dog during his life, from Daffy to Gretchen to Mugsy and Carly to name a few.

Cory's most recent hobby was collecting old radios.  He would hunt them down through eBay or Craigslist and then travel all over the eastern half of the United States tracking them down. Cory was always up for a road trip and shared that love with his son who would often accompany him.

Cory took great pride in running Framax Machine and was well-respected by his customers as well as his peers in his field.

Cory had a deep love for his family and was never selfish with the time he spent with each and every one of all of us. If there was ever a crisis Cory would always be the first one on the scene. Equally Cory would never miss the opportunity to celebrate any family event and often entertained with his wonderful way of retelling a story and making people laugh.

Cory was the most genuine loving kind soul I’ve ever known he was my light in the darkness he was the best dad to our son he tried to instill in him those same wonderful traits he had. Cory was a master at his job and he could fix anything, he was a genius he was also the best dog dad to our Carly and he took such wonderful care of those around him his love was amazing and true and he also loved fixing old stereos and listening to the beautiful music when he got them to play again. He was everything I ever wanted, the love of my life and he was everything I hope my son will be through him he also loved storm chasing with our son and spending time talking with him while driving. I will miss him every second of every day for the rest of my life.

To send flowers to the family or plant a tree in memory of Cory Y. Ochterski, please visit our floral store.

You can still show your support by sending flowers directly to the family, or by planting a memorial tree in the memory of Cory Y. Ochterski
Share a memory
© 2021 Czup Funeral Home. All Rights Reserved. Funeral Home website by CFS & TA | Terms of Use | Privacy Policy