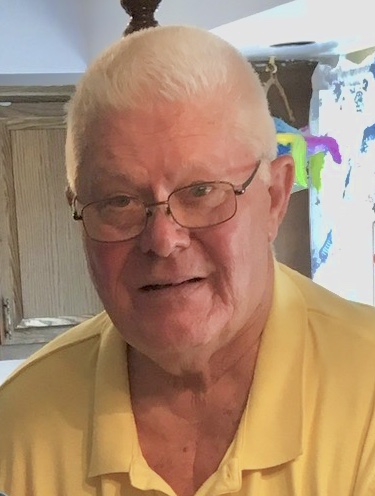 He was born in Cleveland On March 6, 1945 the son of Walter and Opal (Jackson) Enstrom.

Bill was a graduate of the Grand Valley High School Class of 1963.  Following high school he very proudly went on to serve his country for 4 years in the US Navy during the Vietnam War.  Bill went on to receive his Bachelor’s Degree in Business from Kent State University.

On July 13, 1968  he married Barbara Ann Raczynski his loving and devoted wife of the past 51 years.

Bill was a dedicated employee of Kennametal for 34 years.  He enjoyed bowling, golfing, fishing, playing poker, all the Cleveland professional sports teams and the OSU Buckeyes.  He was passionate about the 15+ years he spent on the Board of Directors for Country Neighbor.  He was a member of the Orwell American Legion, the Perry AMVETS, the Conneaut Moose Club and the Ashtabula Elks.  Bill was proud of his children and enjoyed spending time with his family.  Six years ago Bill became a Grandpa and his grandson Dominic absolutely stole his heart.

He is survived by his loving family: his wife Barbara; his daughters Rebecca Enstrom and Renee Enstrom and his son Bill (Marti) Enstrom, Jr.; his grandson Dominic; his sisters Patti Fletcher and Darlene (Don) Needham; and his brother Charles Enstrom.

In lieu of flowers memorial contributions can be made in his name to the Ashtabula Co. Country Neighbor, P.O.Box 212, Orwell, Ohio 44076

To order memorial trees or send flowers to the family in memory of William "Bill" Enstrom, Sr., please visit our flower store.