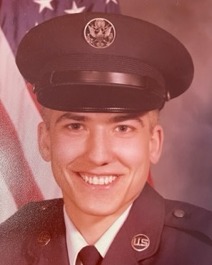 Preceded in death by his parents, Wayne L. Perrin and Luella James-Perrin and sister-in-law, Colleen Hutchinson-Perrin and nephew Scott Shafer.

Todd was a proud Air Force Veteran who held the position as a Airman. He loved playing pool, watching Sci Fi and listening to music. His greatest joy was his children and his family. He earned his living a skilled Machinist before becoming ill. He was a lifelong resident of the city of Strongsville. He was Uncle to many.  May he finally be at peace.

A Celebration of Life will follow some time in January after the holidays.

To order memorial trees or send flowers to the family in memory of Todd Perrin, please visit our flower store.