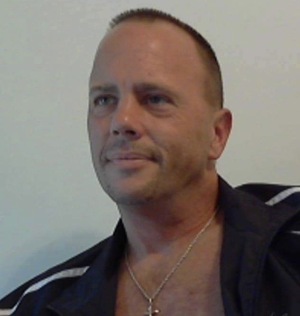 With heavy hearts, we announce the passing of Russell Thomas Claar, 53, of Middlefield, who passed away Wednesday, September 23rd, 2020 after courageously battling health issues for many years.  He was born April 29th, 1967 in Youngstown, Ohio to Edith Schoen. Russ graduated from Cardinal High School in 1985. He was a Regional Property Manager for Westwood Meadows and Barrington Place in Westlake for several years.

Besides music, Russ loved playing cards and cornhole and his treasured 2013 Corvette. He also enjoyed watching Ohio State and Browns play football in the Fall. He was incredibly silly and had an infectious laugh and youthful enthusiasm. Russ was a simple man who found happiness in the smaller things in life, an extremely loving and selfless man whose greatest joy was spending time with his love, Cathy, at the beach, watching movies at home, grilling on their deck or Sunday drives to get his favorite chocolate malt milkshake.

He is preceded in death by his beloved mother, Edie, his father Robert, his grandmother Gerrie Schoen and his cherished dog, Jerry Lee.

Per his wishes, no services will be held.

To order memorial trees or send flowers to the family in memory of Russell Claar, please visit our flower store.