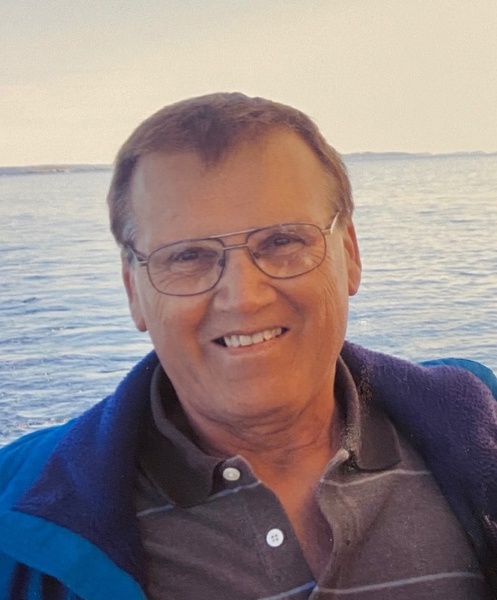 A Tribute To My Husband- Roland (Ronnie) G. Leonard

Ronnie was born August 31, 1941 son of Emily and Roland E. Leonard.  He was preceded in death by his Father Roland E. Leonard;  Father and Mother in law Ivan and Elizabeth Stowers,  Brother in law Dale Stowers and close friends Jerry and Janet Farman.  He is survived by his wife Nancy (Stowers) Leonard, son Jeff Leonard, and granddaughter Payton Leonard.  By his brother John (Rebecca) Leonard, and sister Virginia Minick.  By brother in laws Ivan (Barb) Stowers and Davey (Patsy) Stowers and sister in law Patty (Joe) Whedbee and close friends Chris Haytcher, Chuck and Debbie Hoover, Bob and Anne Frisbie , Joe Graziano and Bob Garbutt.  Ronnie retired from Norfolk Southern Railroad on February 2, 2005 after 45 years as a locomotive engineer.  He was a member of the Seventh Day Adventist Church.

Ronnie-passed away unexpectedly Saturday, August 1, at Hillcrest Cleveland Clinic Hospital.  Our son Jeff and I were with him.  Our hearts are broken and our tight-knit little family is without a husband, father and grandfather.  57 years ago we were married-I was only 17.  Two kids in love-whoever thought that would last!   Life with him was a wonderful adventure.  You never knew from one day to the next what he might be planning.  His nickname at work was Slambang.  One of his buddies at Archway Marina told me as Ronnie was attempting to dock the boat-(a skill he never mastered)-“ any landing you can walk away from when you ride with Slambang-is a good one.” The stories are endless of his mishaps with cars, trains, motorcycles, snowmobiles, boats, campers, skiing, chainsaws, brush fires-and the list goes on!  He loved his job as a railroad locomotive engineer.  One of his closest coworkers told me one day that “working with Ronnie was mentally exhausting”-words I had been searching for to describe life with him for years!  Another described him as “the most interesting and aggravating person they had ever met”.  He was fearless and funny-everyone loved his stories. He took flying lessons-luckily not for too long.  He loved traveling and camping-we traveled all over the U.S. including two trips to Alaska and to Hawaii.  He loved classic trucks and cars and restoring vintage John Deere tractors.  Upon retiring from the railroad, he became an alpaca farmer-even though everyone thought he was crazy.  Our son Jeff was his, never ending source of pride and best friend as well.  They loved NASCAR and for his 60th birthday Jeff took his dad to Richard Petty racing school.  Not only did they get to drive race cars on a NASCAR track-they ended up with the two fastest lap times.  Age 72 began the sweetest chapter of his life.  His only grandchild, a little girl named Payton was born.  He was Pop Pop to this little girl who had stolen his heart.  Whenever they were together- it was her and Pop Pop.  I loved seeing how happy she made him, fun things they did together and how alike they are.   She is now a 6 year old crying for her Pop Pop and she doesn’t understand why he can’t be here.  There will be no services for Ronnie. We are trying to help her through this- while trying to deal with this ourselves and we choose to do it privately.  Ronnie had a big heart and has helped so many people during his lifetime.  So- in lieu of cards or flowers- we ask that you do a random act of kindness to someone and just say, “ this is in honor of a very special man-Ronnie Leonard”.  He would have liked that.  He will be forever loved and missed as we wait for the day when Jesus comes again and this little family will again be united and whole.

To order memorial trees or send flowers to the family in memory of Roland "Ronnie" Leonard, please visit our flower store.