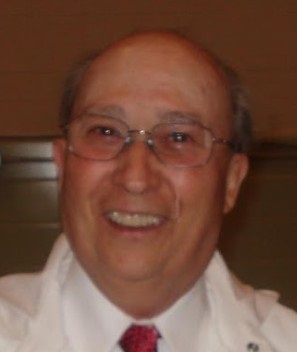 Paul was a 1954 graduate of Ashtabula High School and went on to proudly serve his country in the US Marines from 1955-1958.

On June 27, 1959 Paul married Kathryn “Kay” Wrisley, his loving and devoted wife; together they just celebrated their 60th wedding anniversary.

Paul was a hard worker and his 40 years of hard work was spread out with employment at Industrial Rayon, True Temper and Zehrco Plastics.  He was also very active as a volunteer at O.L.P.-Mother of Sorrows Church as an alter server, member of the building and grounds committee and as a sponsor with the RCIA program.

He was preceded in death by his parents; his brothers David and Charles and his brother-in-law Donald Miller.

A Mass of Christian Burial will be celebrated on Saturday October 12th at 1:30 p.m. at O.L.P-Mother of Sorrows Church, 1464 W. 6th Ashtabula.  Calling hours will also take place Saturday afternoon at the church from 12:30-1:30.  Military Honors will follow the Mass at Mother of Sorrows Church. In lieu of flowers memorial contributions can be made to Birth Care, Hospice of the Western Reserve or OLP Soup Kitchen.

To order memorial trees or send flowers to the family in memory of Paul Baird, please visit our flower store.