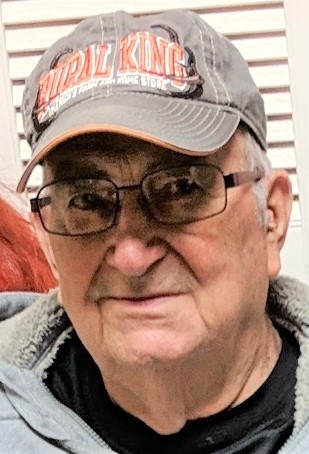 Milton was born on December 4, 1930, in Johnstown, Pennsylvania, the son of John and Irene (Whysong) Gary.

He proudly served his county by enlisting in the United States Marine Corps where he served for 3 years from 1949 to 1952. He also worked for Elkem Metals for 36 years.

On December 21, 1973, Milton married Carol Meinke, which they shared 48 years together.

Milton had many interests and hobbies: he enjoyed riding his Harley Davidson, traveling, playing with his dog, Harley, boating and camping. Milton and his wife Carol traveled to every state, even Alaska (taking 6 weeks to get there). He also spent the winter months in warm and sunny Florida, with Carol.

Following the funeral service a burial with military honors will be held at Greenlawn Memory Gardens at 2:15p.

To order memorial trees or send flowers to the family in memory of Milton Gary, please visit our flower store.