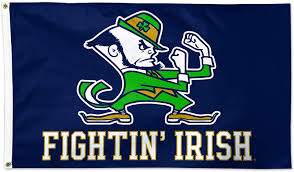 Jack Lindsay Totty, 94, passed away peacefully on March 20, 2021 at the Ashtabula County Medical Center from complications of a 3 year battle with Alzheimer’s Disease.

Jack proudly served his country in the United States Army where he fought in World War II.  In 1952 Jack graduated from the University of Notre Dame School of Law and also received his Master’s Degree in Theology from Notre Dame. Jack led the Fighting Irish Marching Band as the drum major.  Jack was a retired Catholic Priest from the Diocese of Palm Beach, Florida where he served for 27 years.

Jack is survived by his loving wife of 35 years: Carolyn Wheelock; his brother-in-law: John (Debbie) Wheelock; his sister-in-law: Barbara (Lester Newkirk) Williams and many nieces and nephews.

He is preceded in death by his parent's: George H. and Marguerite E. (Edington) Totty.

A Celebration of Life will be held at a later date.  Czup Funeral Home will be handling the arrangements for the family.

To order memorial trees or send flowers to the family in memory of Jack Totty, please visit our flower store.