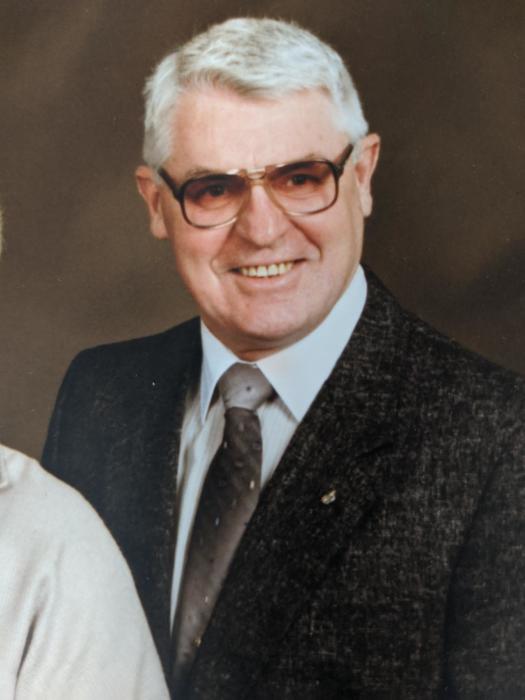 ASHTABULA – Hans Miggo, 86, passed away peacefully in his home on Thursday February 20, 2020 with his children by his side.

He was born in Deutsch Eylau, Germany on September 7, 1933 the son of Paul and Hilda (Schamp) Miggo.

Hans immigrated to the US in 1952 and started a 40 year career working for Painesville Coca-Cola followed by Cleveland  Coca-Cola.  In 1954 he enlisted in the US Army and very proudly served his new country.  While he was always very proud of his German heritage his patriotism to America and the armed services give him a great deal of pride.

He was a member of the Ashtabula American Legion, a founding member of their excellent honor guard; a member of the VFW, E.A.C., and the Masonic Lodge.  He enjoyed his time and friends at the Legion, reading, watching  German Soccer, coaching his kids when they were younger at little league and most importantly spending time with his entire family: his kids and grandkids and his siblings.

He was preceded in death by his parents; his brother Gunter, his step mother Elsie Miggo, and his wife Joanna who passed on Aug. 18, 1992.

Calling hours will be held on Monday from 11:00-1:00 with the funeral starting at 1:00 at the Czup Funeral Home, 1329 Lake Avenue,  Ashtabula.  Burial with a veteran memorial service will take place in Evergreen Cemetery in Geneva.

In lieu of flowers memorial contributions can be made to the “Feed the Vets” local food pantry, envelopes will be available at the funeral home.

To order memorial trees or send flowers to the family in memory of Hans Miggo, please visit our flower store.