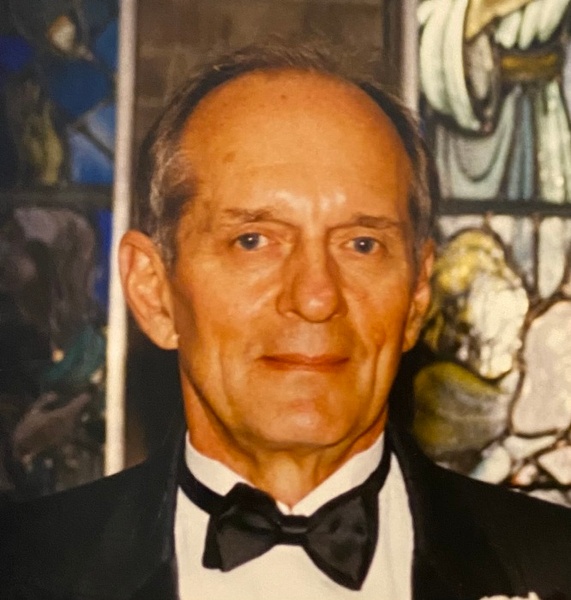 Donald “Don” A. Zalimeni, Sr., 93, passed away peacefully at his home in Ashtabula with his family by his side on October 1, 2021.

Don was born on December 23, 1927, in Ashtabula, the son of Dominic and Edna (Karhulahti) Zalimeni.

Don graduated from Harbor High School in 1945. Shortly thereafter, he enlisted in the United States Navy where he proudly served his country from January 1946 to November 1947. During his enlistment he was assigned to the Presidential Unit at Camp David. After his honorable discharge, he attended Case Western Reserve University where he received his bachelor’s degree in Metallurgical Engineering. Don was an exceptional athlete and played football for both Harbor High School and Case Western Reserve University. Following his graduation in 1951, he joined the Central Intelligence Agency where he continued to provide service to his country for 5 years. Don worked as a Metallurgical Engineer for many years and a plant manager before leaving the field. Don was also employed as a mail carrier for the United States Postal Service until his retirement in 1989, during which he also owned Zal's Place in Ashtabula Harbor.

Don married Sandra Telhiard on December 21, 1988; they shared 32 wonderful years of marriage together.

Don had many interests and hobbies: he enjoyed golfing, bowling, playing softball and participating in the industrial leagues for baseball and basketball. He was inducted into the CWRU Athletic Hall of Fame in 1993 and the Ashtabula County Football Hall of Fame in 2003. Don was a Charter Member for the National World War II Museum in New Orleans, a member of the Finnish American Heritage Association, the Ashtabula Maritime and Surface Transportation Museum, the American Legion in Ashtabula and Bethany Lutheran Church in Ashtabula.

Don is survived by his loving wife of 32 years, Sandra Zalimeni, his beloved son, Donald Zalimeni Jr., his granddaughter, Amber M. Zalimeni, his nephew, Robert A. Zalimeni and his niece, Laura Z. Hill. He also leaves behind many other close relatives and friends.

He is preceded in death by his parents and his brother, Lieutenant Colonel Robert J. Zalimeni.

In keeping with Don’s wishes, there will be no calling hours. There will be a graveside service and burial at Greenlawn Cemetery at 11:00 a.m., Thursday, October 14, 2021. The family kindly asks that flowers not be sent in Don’s name.

The Zalimeni family would like to thank the kind and compassionate staff at ACMC, the Ashtabula County Rehabilitation Center and the Hospice of the Western Reserve for the wonderful care they provided Don during his last few months of life.

To order memorial trees or send flowers to the family in memory of Donald Zalimeni, please visit our flower store.