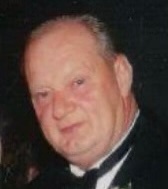 He is also survived by his brother James McCoy of Ashtabula and his sister Mary Havens also of Ashtabula.  He was the youngest of 9 children and was preceded in death by six siblings and his parents.

Dan was an avid outdoorsman who enjoyed hunting, fishing and gardening.  He and his wife have resided at Carington Park Nursing Home for the past three years. His children will remember him most for being a loving, caring and devoted husband and father.    He enjoyed his family the most and was involved in every aspect of their lives.

As he wished, no services will be observed at this time.  Interment will be at Union Cemetery in Rock Creek, Ohio at a later date.

The family wishes to extend their heartfelt gratitude to the caregivers at Carington Park, whose professionalism, loving and supportive care gave Dan and Jeanette such peace and happiness.  Words cannot express our thanks. Our father loved you all very much.

To order memorial trees or send flowers to the family in memory of Daniel McCoy, please visit our flower store.