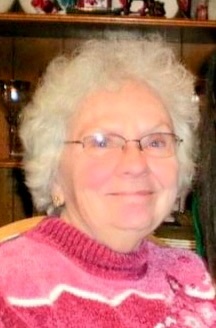 Catherine Herpy, 84, passed away peacefully with her daughters at her side on March 9, 2021 at ACMC.

Cathy was raised by her grandparents, Michael and Mary Hurley. Cathy graduated in 1955 from Edgewood High School and from Carnegie Institute in Cleveland in 1956. On May 10, 1958 she married Ronald Fred Herpy, and they had three children, Vicky, Lori, and Wayne.

Cathy’s employment included Dr. A. A. DeCato, school cafeteria worker, Stow-Away, Hotel Ashtabula, and Election Poll worker. Cathy was a Girl Scout Leader, a member of CCL and Happy Travelers, and Volunteer at ACMC. She loved attending all her family’s activities throughout the decades. Cathy was an avid Cleveland and Buckeye sports fan and enjoyed casino and bus trips.

She was preceded in death by her parents, husband Fred and her son Wayne Herpy.

Memorial contributions may be made to the Animal Protective League 5970 Green Rd. Ashtabula, Ohio 44004.

To order memorial trees or send flowers to the family in memory of Catherine Herpy, please visit our flower store.