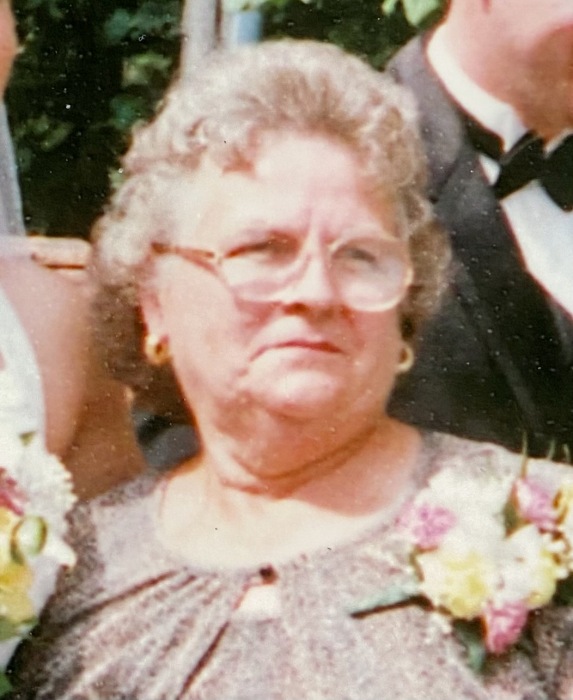 She grew up in Jefferson, Ohio and later moved to Ashtabula.  Carol was a 1952 graduate of Ashtabula High School.  On June 16, 1953, Carol married Nestor Kolehmainen.

In Carol’s younger years she enjoyed caning, refinishing and reupholstering furniture; cake decorating; sewing; canning and gardening. She was a Girl Scout Leader, the girls all loved her homemade pizza, it was the best!

She was a cashier and later sold Estate. Once her daughters were grown, she began going to garage sales and flea markets; she very rarely missed one.

She is preceded in death by her parents, her husband in 1990, her brother, Victor Rohm Jr.; her sister, Cara Jordan and Son-in-law, Richard Meschko.

Czup Funeral Home will be handling the arrangements for the family.  Due to COVID there will not be any calling hours at this time.  A small graveside funeral service will be held on Wednesday, September 1, 2021 at 11:00 a.m. at Edgewood Cemetery with Pastor William McMinn from the Eagleville Bible Church presiding.

The family would like to thank all the staff members at Hospice-of-the-Western Reserve, the Ashtabula County Medical Center and the Ashtabula County Nursing Home for the care they gave our mother during her last few months. A sincere thank you to Dr. Shinoj Pattali and Dr. Katherine Bishop.

To order memorial trees or send flowers to the family in memory of Carol Kolehmainen, please visit our flower store.