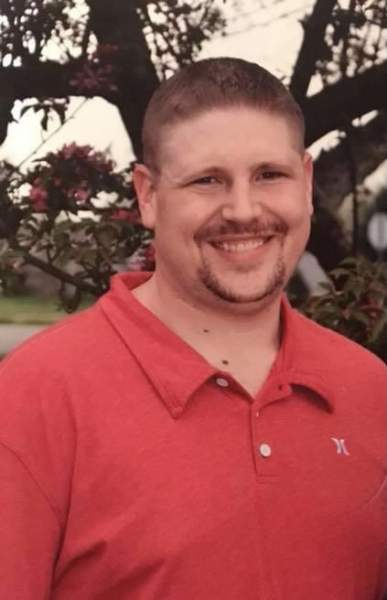 He was born July 11, 1980, the son of David L. Millberg & Doreen L. (Buckley) Barlow and resided in Gastonia, NC for several years before returning to this area four years ago.  Beau was a production supervisor for RA Serfina, Inc. in Gastonia before taking an early disability retirement.

His enjoyments included playing basketball, golf, collecting sports cards, was an avid Ohio State fan, the love for his four dogs, Dutchess, Doc, Blaze & Nova and most of all he was a dedicated family man.

Beau was preceded in death by a brother; Joseph Law Millberg and a step-sister, Bridgitt Beckman.

Visitation will be held Wednesday from 5-7PM at the Czup Funeral Home, 1329 Lake Ave., Ashtabula. A memorial service will follow at 7:00PM with Pastor Tony Boyd of The City Church leading the service.  Obituary and condolences at CzupFuneralHome.com.

To order memorial trees or send flowers to the family in memory of Beau Millberg, please visit our flower store.