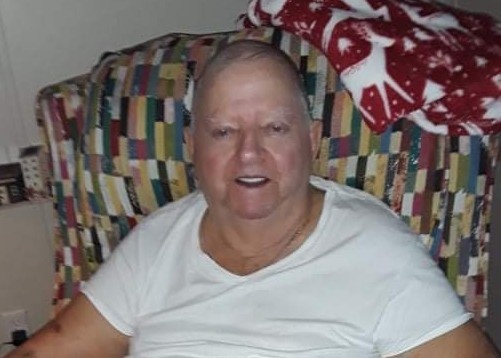 He was born on December 29, 1941 in Ameagle, West Virginia the son of Will and Madge (Dunbar) Stover.

"Smokey" was a conductor on the Norfolk and Southern Railroad for over 30 years.  He was a kindhearted man who lived a simple life; he would do anything for anyone.  He enjoyed hunting and the outdoors; he even loved just getting on his riding mower and cutting the lawn.

He is survived by his loving wife and best friend Nancy (Walker) Stover; his children: Alva (Sally) Stover, Angie Stover, Lloyd Stover, Jeffery (Nina) Stover, and Brian (Tina) Stover; his step-children, who he loved as his own: Sheryl (Carl)  Eble, Eric Drakes, amd Matthew (Mellisa) Drakes; 20 grandchildren; 21 great-grandchildren; his sister Diane Hall and his brother Will "Tiny" Stover; his former wife and mother of his children Ruth (Moles) Stover.

He was preceded in death by his parents; his son Steven (Tammy) Stover; his daughter Sherry Durr; his sisters Christine Jarrell, Alice Jean Woodard, Audrey Shea and Sue Ann Workman; and his brothers: Eursel, Lonzo and Robert.

In honor of "Smokey's" wishes no public services will be held.

To order memorial trees or send flowers to the family in memory of Alva "Smokey" Stover, please visit our flower store.